Dungeons & Dragons is absolutely riddled with cliches. They really are everywhere, from the half-elf ranger to the dwarven fighter, halfling rogue, and human paladin. But that’s okay. In fact, it’s kind of part of the system and if you haven’t played one of those cliches, then you’re missing out on some pretty classic D&D experiences.

And, along the same lines, there are a handful of backstories which everyone has used at least once. The three most common are, unfortunately, also the three worst. You’ve probably used them, or played with someone who has; but these backstories are making your characters less interesting and fun on many levels. Next time you’re making a character, watch out for these three backstory tropes.

Whether it was an orc raid that killed your parents or you were abandoned at birth, for whatever reason you have no family to speak of. Maybe you were raised by a family friend, a group of friendly strangers, or perhaps you just made it on your own wits on the street.

Now, this might not seem like that bad of a backstory, and in fact I can think of more than a dozen popular tales which feature orphans (and chances are, you can too). But there’s a simple problem with this backstory: it’s boring. And, despite what Disney stories have taught you, you don’t have to lack parents in order to have an adventure. In fact, being an orphan makes you less exciting as you’ll likely lack any major connections and conflicts.

Instead, why not think about how your family views your adventuring career. Was your mother a wilderness guide who taught you everything you know? Was your father a folk hero, or perhaps your older brother is also an adventurer? Maybe your uncle went on adventure and was killed very young, or your family considers this “just a phase” and constantly sends letters for you to come home? Having a family makes a way more interesting character who is better rooted in the world.

The Hermit probably grew up in a secluded monastery, deep in the woods with only a select few friends, or else simply chose to live away from people for the last who-knows-how-long. In other words, they are the definition of a loner.

This is easily the most common backstory for adventurers. In fact, of the three listed here, it’s the only one that has it’s own background (which shares the same name) in 5th edition. Unfortunately, it has an even bigger flaw than being boring: it’s impractical.

As a hermit, there’s a good chance that you probably either don’t like people or don’t connect with them. Additionally, you obviously don’t care much about the country and its inhabitants or you wouldn’t be a hermit. So, as a player or DM, how do you make a hermit care enough to join an adventuring party? One of the only solutions that really works is to also make your character a wanderer, which comes with all of its own problems we’ll go into below.

In short, hermit is a cop out. Instead, go ahead and make your DM’s life simpler and choose something that includes at least some attachment to the rest of the world. Trust me, you’ll have more fun.

It might be that the road is your home or perhaps you simply wanted to see the world and so indulged your wanderlust. Whatever the reason, you are a wanderer and you’ve found yourself, well, wandering for an indeterminate amount of time. Yep. That’s all there is to it.

Of the three backstories, this one seems the safest. After all, adventurers basically spend all their time wandering, right? And being a wanderer has to have its benefits as well in the form of being well-traveled. While both those statements are kind of true, at the same time, being a wanderer has many of the same pitfalls as the other two backgrounds. Namely, it’s boring and, while wanderers don’t necessarily have to be bad with people (connecting with a party is much simpler for the wanderer than the hermit) they are often not connected to any specific location which means making them care about any kind of ongoing plot is complicated. Of course, you could argue that as long as they’re wandering, they’re happy, but that’s a pretty cookie-cutter character.

Instead, consider what you could do if your character actually had roots somewhere. Perhaps they have a trade, or a permanent residence in one of the major towns. What if you made their home the base of operations for the adventuring party instead of the stereotypical tavern or adventurer guild? Imagine if you had a personal interest in stopping the rampaging dragon, or if you were trying to collect money to start a shop? Having a permanent base makes things much more interesting.

So, now that I’ve convinced you not to fall into these three cliches, how do you figure out a backstory for your character? Well, you can start by asking your character these four simple questions for building a backstory, and then go from there.

This site uses Akismet to reduce spam. Learn how your comment data is processed. 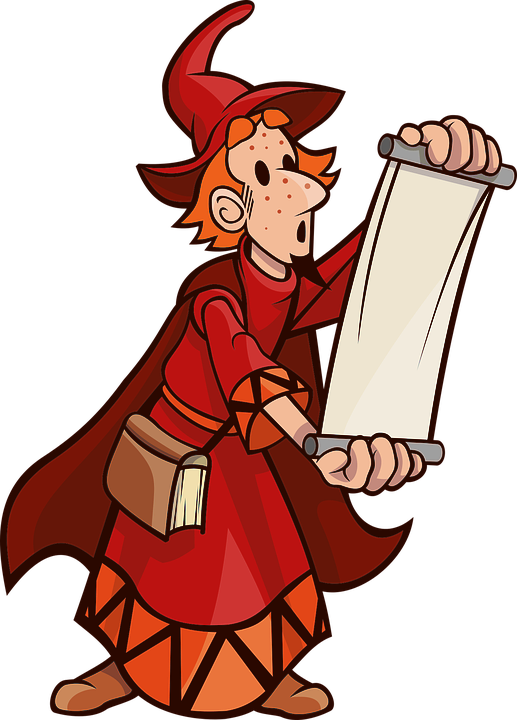